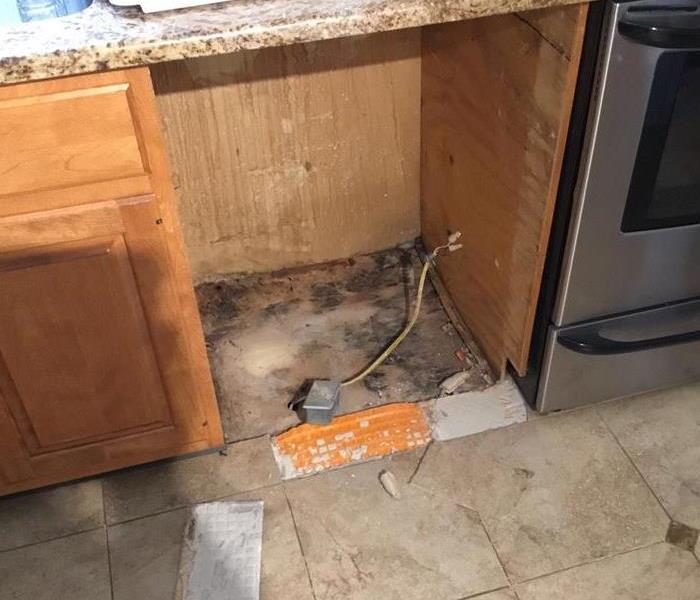 Mold can sneaky and hidden until it gets noticed. In this case, there was a dishwasher that had a small leak for a period of time. The small leak went undetected as it was a slow drip. The floor under the dishwasher was getting destroyed by mold. It was only when the kids playing in the basement saw an area on the ceiling that looked “funny”. The homeowner went to check it out and saw what appeared to “leopard spots” on the ceiling. She touched the ceiling and it felt dry to the touch. Thankfully this homeowner did not cut the ceiling or tamper with the area much. When SERVPRO of Hockessin / Elsmere arrived, we were able to determine that the spot was below the dishwasher. When we pulled the dishwasher out this is what we found.